The historic Route 66 Meramec River Bridge is a missing link that will provide access to rivers, trails, parks, and communities. Join us in reviving this historic structure and connecting to a vibrant future!

A Link to the Past, a Path to the Future

Route 66 carried motorists more than 2,400 miles from Chicago to Los Angeles. At its peak, the historic Meramec River Bridge transported millions of travelers as they journeyed across the State of Missouri on the Main Street of America. Refurbishing this historic bridge will preserve its legacy while providing new life and purpose.

The goal is to restore this historic structure while re-establishing the connection as part of the region’s larger greenway system. The revitalized bridge will reunite both sides of the Route 66 State Park and increase access to the visitor center for hikers, cyclists and boaters. The historically significant bridge, already an international attraction for Route 66 and architecture enthusiasts, could become a catalyst for future development of the site, creating a dynamic space for outdoor recreation.

Listed on the National Register of Historic Places, the 1,008-foot bridge evokes both engineering excellence and functional beauty. Completed in 1932, the bridge remains one of only a few Warren-Truss bridges in Missouri.

Preserving the Route 66 Meramec River Bridge comes with a sense of urgency. The life of the truss is estimated at just seven years. The bridge was originally set to be demolished in 2017 due to advanced deterioration, but Missouri State Parks took ownership of the bridge and earned it a temporary reprieve from the wrecking ball.

The opportunity now exists to restore the bridge as a connection for people walking and biking in Route 66 State Park. Additional funding is needed to protect the structure and create a lasting cultural asset.

The Route 66 Meramec River Bridge is deserving of refurbishment to preserve its legacy and provide access for visitors for years to come. Additionally, it will: 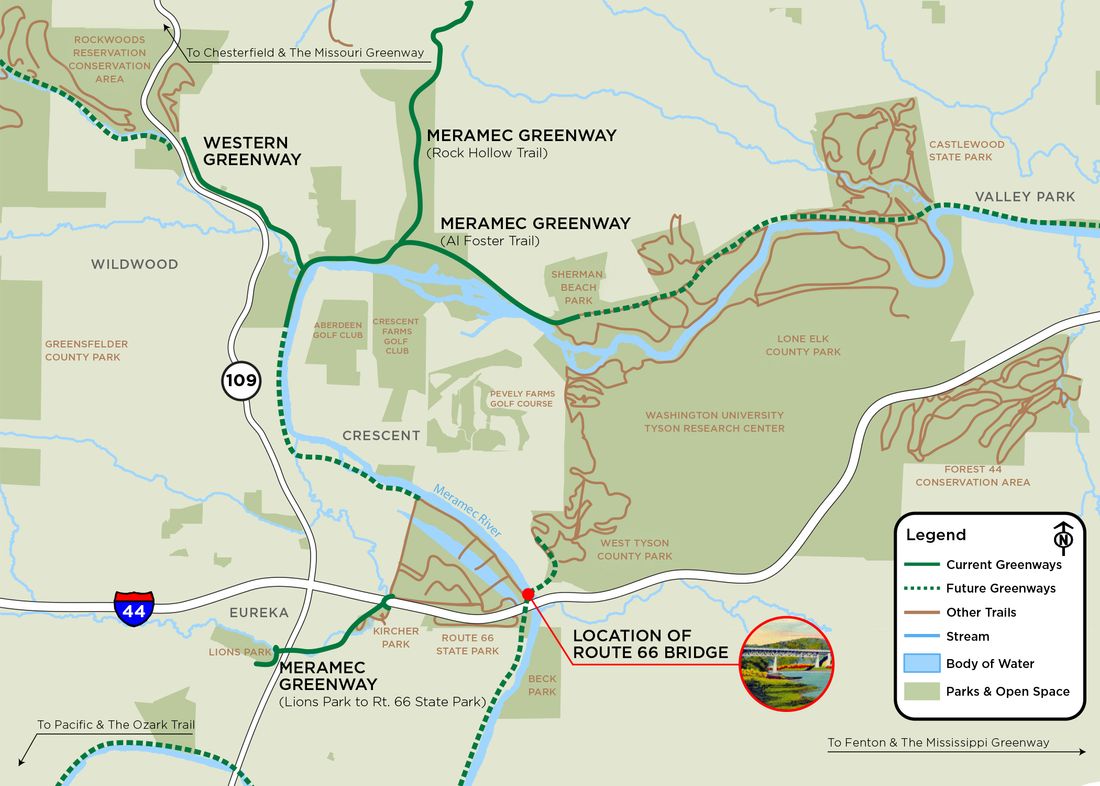